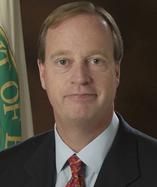 Mr. Tobey is a Senior Fellow at the Belfer Center for Science and International Affairs at Harvard University. He was most recently Deputy Administrator for Defense Nuclear Nonproliferation at the National Nuclear Security Administration. There, he managed the U.S. government’s largest program to prevent nuclear proliferation and terrorism by detecting, securing, and disposing of dangerous nuclear material. Mr. Tobey also served on the National Security Council Staff in three administrations, in defense policy, arms control, and counter-proliferation positions. He has participated in international negotiations ranging from the START talks with the Soviet Union, to the Six Party Talks with North Korea. He also has extensive experience in investment banking and venture capital.