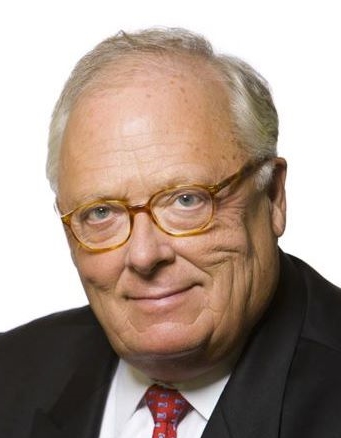 Dr. Edwin J. Feulner is Chung Ju-yung Fellow and Chairman of the Asian Studies Center of the Heritage Foundation. He has served on numerous presidential and congressional commissions and task forces. Previously, he was President of The Heritage Foundation (1977-2013); Executive Director, Republican Study Committee, U.S. House of Representatives (1974-1977); Administrative Assistant to Philip M. Crane, M.C. (1970-1977); Confidential Assistant to Secretary of Defense Melvin R. Laird (1969-1970); Hoover Institution, Stanford University (1967); and Center for Strategic and International Studies (1965-1966). Dr. Feulner wrote seven books, including The American Spirit (2012) and Getting America Right (co-authored with Doug Wilson, 2006). He also edited U.S.-Japan Mutual Security: The Next Twenty Years, and China – The Turning Point. His articles have appeared in major newspapers around the world and his weekly column appears in dozens of newspapers across the country. He received a B.S. from Regis in 1963, an MBA from Wharton School, University of Pennsylvania in 1964 and from London School of Economics in 1965, and a Ph. D from the University of Edinburgh.