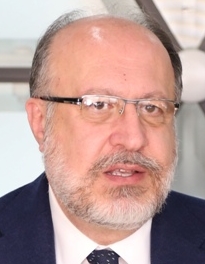 Dr. Joseph A. Kéchichian is Senior Fellow at the King Faisal Center for Research & Islamic Studies in Riyadh, Saudi Arabia, and the CEO of Kéchichian & Associates, LLC, a consulting partnership that provides analysis on the Arabian Gulf region. He served as the Honorary Consul of the Sultanate of Oman in Los Angeles (2006-2011). In 1989, he was a Hoover Fellow at Stanford University. He also worked at the Santa Monica-based RAND Corporation as an Associate Political Scientist (1990-96), and was a lecturer at the University of California in Los Angeles. His latest books include The Attempt to Uproot Sunni-Arab Influence: A Geo-Strategic Analysis of the Western, Israeli and Iranian Quest for Domination (Sussex, 2017) and From Alliance to Union: Challenges Facing Gulf Cooperation Council States in the Twenty-First Century (Sussex, 2016). Dr. Kéchichian received his Ph.D. in Foreign Affairs from the University of Virginia in 1985, where he also taught (1986-1988), and assumed the assistant deanship in international studies (1988-1989).