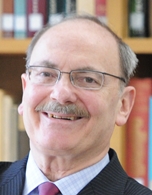 Professor Kent E. Calder serves as vice dean for Faculty Affairs and International Research Cooperation at the Johns Hopkins School of Advanced International Studies. He is also director of the Edwin O. Reischauer Center for East Asian Studies and served from 2016-2018 as director of Asia Programs. Before arriving at Johns Hopkins SAIS in 2003, he taught for twenty years at Princeton University, and was a lecturer on government at Harvard University. Prof. Calder is a member of the Council on Foreign Relations since 1990, served as special advisor to the U.S. ambassador to Japan (1997-2001), Japan chair at the CSIS (1989-1993 and 1996); and as the first executive director of Harvard University’s Program on U.S.- Japan Relations (1979-1980). He is the author of fourteen books on East Asian political economy, energy geopolitics, including most recently Super Continent-: The Logic of Eurasian Integration (Stanford University Press, 2019). Prof. Calder received his Ph.D. from Harvard University in 1979, where he worked under the direction of Edwin O. Reischauer.