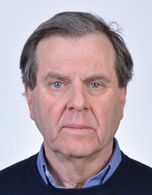 Mr. David Harris has led the American Jewish Committee since 1990. Described by the late Israeli President Shimon Peres as the “foreign minister of the Jewish people,” he has been invited to speak at some of the world’s most prestigious forums. Mr. Harris has been invited to serve on four official U.S. government delegations to international conferences. From 2001 to 2015, he had a weekly spot on the CBS Radio Network reaching millions of listeners across the United States. He has written hundreds of articles, op-eds, letters, and reviews in leading media outlets. He is a regular contributor to The Times of Israel and other international publications. Mr. Harris was honored a total of 16 times by the governments of Azerbaijan, Belgium, Bulgaria, France, Germany, Italy, Japan, Latvia, Moldova, Poland, Spain, and Ukraine for his international efforts in defense of human rights, advancement of the transatlantic partnership, and dedication to the Jewish people. Educated at the University of Pennsylvania and London School of Economics, he has been a visiting scholar at Johns Hopkins University and Oxford University.