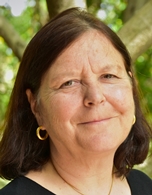 Ms. Linda Jakobson is the founding director and CEO of China Matters, an independent Australian public policy initiative that aims to advance sound China policy and stimulate a nuanced public discourse in Australia about the rise of the People’s Republic of China. From 2011 to 2013, she served as the Lowy Institute’s East Asia Program director. Over the past three decades, she also served as a policy adviser to the governments of seven countries. Before moving to Sydney in 2011, Ms. Jakobson lived and worked in China for 22 years and published six books on Chinese and East Asian society. A Mandarin speaker, she is internationally known for her publications about PRC foreign policy. Her most recent book, written with Dr. Bates Gill, is China Matters: Getting It Right for Australia (La Trobe University Press / Black Inc., 2017).