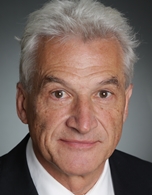 Ambassador Volker Stanzel assumed his present position as vice president at the German Council on Foreign Relations in July 2018. He is also senior distinguished fellow at the German Institute for International and Security Affairs (SWP), and teaches at the Hertie School of Governance in Berlin. From 1979 to 2013, Amb. Stanzel worked in the German Foreign Service, serving as ambassador to China (2004-07), as political director (2007-09), and as ambassador to Japan (2009-13). He was foreign policy advisor to the Social Democratic Party in the German Bundestag (1995-98). He taught as visiting professor at Dokkyo University in Japan in 2016, the Free University of Berlin in 2015, and Claremont McKenna College and UCSC in 2014. Amb. Stanzel publishes on political issues, and his latest German book Clueless Foreign Policy and Why it Needs the Backing of Society came out this April. He received his Ph.D. from Cologne University in 1981, and studied Japanese and Chinese studies, and political science at Frankfurt, Cologne and Kyoto Universities.