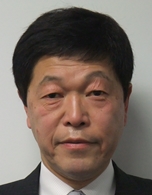 Mr. Tokuchi Hideshi is a senior fellow of the National Graduate Institute for Policy Studies (GRIPS). He teaches international security studies at GRIPS and at Keio University. He joined the Defense Agency (the predecessor of the Ministry of Defense) of Japan in 1979 and served as the nation’s first vice-minister of defense for international affairs from July 2014 until he retired from the public service in October 2015. At the Ministry of Defense, Mr. Tokuchi served as the director-general of four bureaus: Operations, Personnel and Education, Finance and Equipment and Defense Policy. Born in 1955, he received his B.A. in law from the University of Tokyo in 1979, and his M.A. in law and diplomacy from the Fletcher School of Law and Diplomacy in 1986.