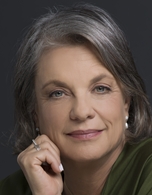 Professor Yael (Yuli) Tamir is the president of Shenkar College and an adjunct professor at the Blavatnik School of Government Oxford. She was a deputy speaker of the Israeli Parliament (the Knesset) and served as Israel’s Minister of Immigration (1999-2001) and Minister of Education (2006-2009) representing the Labor party. She was a professor at Tel-Aviv University and a visiting professor and a scholar-in-residence at Princeton, Harvard, the University of Pennsylvania, the Central European University in Budapest and New York University. Prof. Tamir is a founding member of the Israeli peace movement “Peace Now” and served as the chairperson of the Israeli Association of Civil Rights. She is the author of Liberal-Nationalism (Princeton University Press, 1993) Rethinking Education, and Who is Afraid of Equality: on Society the Education in Israel (in Hebrew), as well as of numerous articles in the fields of moral and political philosophy, philosophy of education, feminism and human rights. She is the editor of Democratic Education in a Multicultural State (Blackwell, 1995), and Moral and Political Education with Professor Macedo (New York University Press, 2001). Her most recent book Why Nationalism was published with Princeton University Press (Jan., 2019). Prof. Tamir received her B.A. and M.A. from the Hebrew University (Cum Laude), and her Ph.D. in political philosophy from Oxford University where she worked under the supervision of Sir Isaiah Berlin.