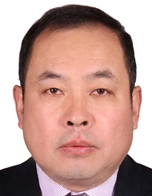 Senior Colonel Zhao Xiaozhuo is director of Beijing Xiangshan Forum Secretariat Office and a senior fellow with the Institute of War Studies, Academy of Military Sciences, People’s Liberation Army (PLA). Previously, he was a research fellow with the Department of Foreign Military Studies, Academy of Military Science (1994-2017), a staff officer in Lanzhou Military Region (1986-1994). Senior Colonel Zhao was a military observer in the MONUC (the United Nations Mission in the Democratic Republic of Congo) (2001-2002), and undertook a defense and strategic course in the Centre for Defense and Strategic Studies, Australian Defense College (2010-2011). He received an M.A. and a Ph.D. in military science from the Academy of Military Sciences, PLA.