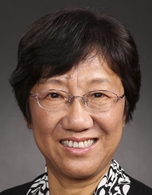 Dr. Yao Yunzhu is a retired major general of the Chinese People’s Liberation Army (PLA), senior advisor to the China Association of Military Sciences and director emeritus of the Center on China-American Defense Relations, the Academy of Military Sciences. She joined the PLA in 1970, served as an army soldier, a staff officer, an instructor, a researcher, deputy director and director of a research office, and director of a research center. She had been a visiting scholar at the School of Oriental and African Studies, London University (1995-1996), an Eisenhower Fellow in 1999 and a visiting fellow at Harvard University (2009-2010). Dr. Yao has published books, translated books, articles and papers on international military and security issues. She holds a master of arts from the PLA’s Foreign Languages Institute, a Ph.D. in military science from the Academy of Military Sciences.