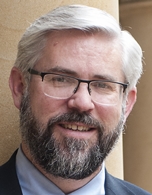 Professor Gordon Flake is the founding CEO of the Perth USAsia Centre at the University of Western Australia. Having built an internationally recognized profile over 25 years of think-tank expertise and leadership in Washington DC, he relocated to Perth in 2014 to establish the Centre and to build a broader world-class Indo-Pacific strategic community. Prior to joining the Centre, Prof. Gordon was the executive director of the Maureen and Mike Mansfield Foundation, a senior fellow and associate director of the program on conflict resolution at the Atlantic Council of the United States and prior to that director for Research and Academic Affairs at the Korea Economic Institute of America. He is one of Australia’s leading authorities on the Indo-Pacific with a particular specialization on Korea having spent nearly three decades focused on the Korean Peninsula and northeast Asia. Prof. Flake has edited several volumes and authored numerous chapters on developments in the region.