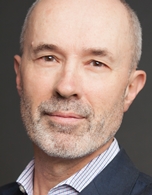 Mr. Richard McGregor is a senior fellow for East Asia at the Lowy Institute, Australia’s premier foreign policy think tank, in Sydney. As the former bureau chief of Financial Times in Beijing and Washington D.C., he led a team of senior reporters in both capitals for one of the world’s biggest business newspapers. He has also been based in Hong Kong, Shanghai, Tokyo and Taipei. On top of the Financial Times, Mr. McGregor has worked for the BBC, the Far Eastern Economic Review, The International Herald Tribune, The Australian and the Australian Broadcasting Corporation. He was born and spent the early years of his career in Australia. Mr. McGregor was a visiting scholar at the Wilson Center and George Washington University in Washington from 2014-2016. He is an author who has won numerous awards for his reporting in China and East Asia. He is an expert on Chinese political system – his book, The Party, on the inner-workings of the Chinese Communist Party, published in 2010, was called a “masterpiece” by The Economist. Translated into seven languages, The Party was chosen by the Asia Society and Mainichi Shimbun in Japan as their book of the year 2011. His latest book on Sino-Japanese relations, Asia’s Reckoning: China, Japan and the Fate of US in the Pacific Century, published in 2017, was called “shrewd and knowing” by The Wall Street Journal and the “best book of the year” by the Literary Review in the UK. In late 2018, it was awarded the Prime Minister of Australia’s award for best non-fiction of the year.