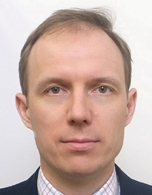 Dr. Kestutis Paulauskas is a staff officer at the Defence Policy and Planning Division, International Staff of NATO since 2012. He is currently responsible for the overall implementation of the Alliance’s deterrence and defence posture and the development of NATO’s space policy. Previously, Dr. Paulauskas served in various positions in the Ministry of Defence of Lithuania (2001-09), and was the deputy defence advisor at the Lithuanian Delegation to NATO (2006-09). In an academic capacity, he was a lecturer at the Institute of International Relations and Political Science in Vilnius (2009-2012). He was a visiting scholar at the EU Institute for Security Studies in Paris (2005), University of Toronto (2005), and KU Leuven (2007). Dr. Paulauskas is author of a number of books and articles on security and defence issues. His most recent publications include On Deterrence (NATO Review, June 2016) and The Alliance’s evolving posture: towards a theory of everything (NATO Review, June 2018). Dr. Paulauskas received his Ph.D. in political science in 2007 at Vilnius University.