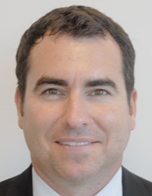 Dr. Brooke Smith-Windsor is a senior research leader in the Defense, Security and Infrastructure Group at RAND Europe, part of the global RAND Corporation. He has over 20 years of professional experience in defense strategy, capability development and interagency crisis management, including time spent on field deployments in combat zones. Dr. Smith-Windsor has served as the political advisor, both ashore and afloat, to a range of senior general and flag officers, including the former chairman of the US Joint Chiefs of Staff and former US Chief of Naval Operations. He previously served as the director of Strategic Guidance at the Canadian Ministry of Defense as well as the deputy head of research at the NATO Defense College (NDC) in Rome, Italy. Dr. Smith-Windsor is one of two NATO officials invited to attend the PLA National Defense University (Beijing) and is the principal editor of three books on NATO’s partnership policy including NATO and Asia-Pacific (NDC 2016) and has been published in leading current affairs journals including Security Dialogue, Financial Times, Financial Times Deutschland, Christian Science Monitor, Le Figaro, Jane’s Defense Weekly, Defense News and Canadian Military Journal. He is a graduate of the Universities of Toronto (B.A.) and Leeds, UK (Ph.D.).