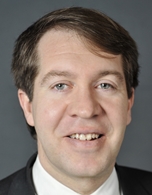 Mr. Scott A. Snyder is senior fellow for Korea studies and director of the program on U.S.-Korea policy at the Council on Foreign Relations (CFR). Mr. Snyder also served as the project director for CFR’s Independent Task Force on policy toward the Korean Peninsula. Prior to joining CFR, he was a senior associate in the international relations program of the Asia Foundation, where he founded and directed the Center for U.S.-Korea Policy and served as the Asia Foundation’s representative in Korea (2000–2004). He was also a senior associate at Pacific Forum Center for Strategic and International Studies. Mr. Snyder is the author of South Korea at the Crossroads: Autonomy and Alliance in an Era of Rival Powers (January 2018). He received a B.A. from Rice University and an M.A. from the regional studies East Asia program at Harvard University.