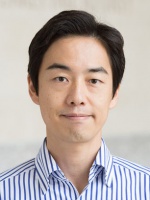 Dr. Nishino is an Associate Professor in the Department of Political Science, Faculty of Law and Politics, at Keio University. Previously, he was a Japan Scholar at the Woodrow Wilson International Center for Scholars and a Visiting Scholar at the Sigur Center for Asian Studies, George Washington University from 2012 to 2013. Dr Nishino was also an Exchange Scholar at the Harvard-Yenching Institute from 2011 to 2012. His research focuses include contemporary Korean politics, the international relations of East Asia, and Japan-Korea relations. Previously, he served as a Special Analyst on Korean Affairs in the Intelligence and Analysis Service of the Japanese Ministry of Foreign Affairs from 2006 to 2007, and as a Special Assistant on Korean Politics at the Japanese Embassy in Seoul, from 2002 to 2004. He received a B.A and an M.A. in Political Science from Keio University and a Ph.D. in Political Science from Yonsei University.