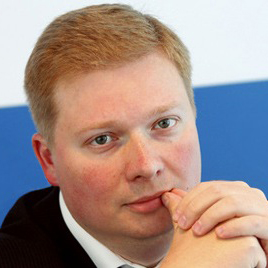 Dr. Suslov is Deputy Director of the Center for Comprehensive European and International Studies (since 2006), and Senior Lecturer at the School of World Economy and International Affairs (since 2008), National Research-Higher school of Economics. He is also Deputy Director for Research (since 2004) and a member of the Council on Foreign and Defense Policy. In addition, Dr. Suslov is a member of the Research Team of the Valdai International Discussion Club (since 2014), a Munich Young Leader (since 2009), and a Russian coordinator and member of the Working Group on the Future of the U.S.-Russia Relations (joint project of the HSE and Harvard University, since 2010).. Previously, he was a Foreign Affairs Staff Writer for Nezavisimaya Gazeta (independent newspaper). He graduated from the School of International Relations, Saint-Petersburg State University in 2001 and the Institute of the U.S.A. and Canada Studies, Russian Academy of Science in 2005.