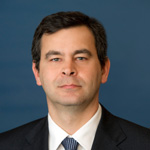 Mr. Ülgen is chairman of the Center for Economics and Foreign Policy Studies, an independent think tank in Istanbul. He is also a visiting scholar at Carnegie Europe in Brussels, where his research focuses on the implications of Turkish foreign policy for Europe and the United States, nuclear policy, and the security and economic aspects of the transatlantic relations. He is also a founding partner of Istanbul Economics, a Turkish consulting firm that specializes in public and regulatory affairs. Mr. Ülgen has served in the Turkish Foreign Service in several capacities: in Ankara at the United Nations desk (1990–1992); in Brussels at the Turkish Permanent Delegation to the European Union (1992–1996); and at the Turkish embassy in Tripoli (1996). His research and opinion pieces have been published by the Carnegie Endowment for International Peace, the Center for European Policy Studies, the Center for European Reform, the Atlantic Council, the German Marshall Fund, Brookings, and the World Economic Forum as well as numerous newspapers. He received an M.A. from the College of Europe and a B.S. from the University of Virginia.