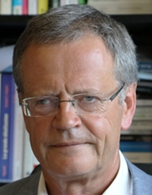 Dr. Pascal Boniface is the founding director of the French Institute for International and Strategic Affairs (IRIS) based in Paris. He is a professor of international relations at the Institute for European Studies in the University of Paris-8. Dr. Boniface has been the director of the quarterly journal La Revue internationale et stratégique (“International and Strategic Review”) since 1991, and the editor of L’Année stratégique (“Strategic Yearbook”) since 1985. He has published or edited more than sixty books dealing with international relations, nuclear deterrence and disarmament, European security, French international policy, sport in the international relations and also the conflict in the Middle East and its impact on France. Several have become classics, reissued on a regular basis and translated into several languages. Dr. Boniface publishes several articles in international and strategic reviews, regularly appears in both national and international media, and participates in many conferences in France and abroad. He is one of the most followed geopolitical analysts on social networks. He is member of the National Ethical Commission at the Fédération française du football (FFF, French Football Federation). Dr. Boniface has been made a Chevalier of the French Award for distinguished services in public and private capacities, and Officer of the Legion of Honour. He received the “Prix Vauban” in 2011.